Commission for Justice and Peace Statement: Life takes precedence over ideology and the struggle for power 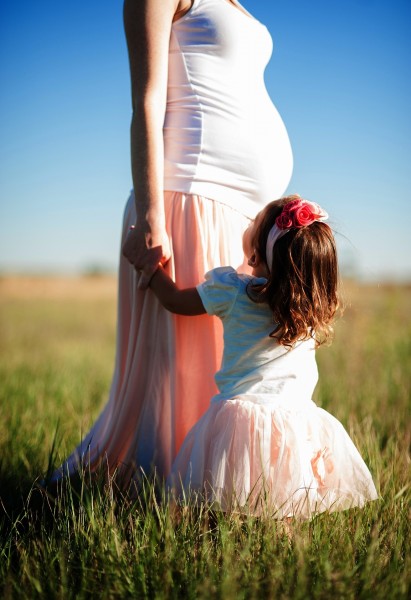 Ahead of us is All Saints’ Day, which once again presents us with the fundamental questions of death and life. Decades ago, Pope St. John Paul II warned of the dangers of a culture of diminishing human life, which he called the"culture of death." Unfortunately, this culture is also increasingly growing in our homeland that is why on All Saints’ Day, which represents the victory of life over death, we wish to draw special attention to this.

These days, when the spread of the covid-19 virus is gaining new dimensions and an extremely demanding and difficult situation has to be faced at all levels of society, the Justice and Peace Commission at the Slovenian Bishops' Conference supports all those who make superhuman efforts at various levels to save the health and the lives of fellow citizens. Most of all we would like to mention health workers, civil protection, firefighters, police officers, inspectors, many officials, and the government. We would like to express our deep gratitude and the utmost respect for them. Simultaneously, we note with concern that a part of Slovenia's opposition is investing much more effort and strain in gaining power rather than participating in saving the health and lives of citizens. In such a situation, this is a perverted political practice, since it puts the interests of certain groups at the forefront instead of people and the common good. In such times, citizens rightly expect an opposite attitude: for leaders to close ranks in essence and that, despite different views and interests to clearly express unity and solidarity in caring for the preservation of as many human lives as possible. Advocacy of the common good is the supreme commandment and norm of every responsible policy and civic stance.

Similar concerns are caused by a lenient or even inflammatory attitude towards the so-called "Fridayprotests", in which a declining number of participants freely violate applicable regulations and oppose calls by the medical profession for urgent protective measures and restriction of contacts. The protesters are thus revealing their lack of compassion for the people currently suffering deeply due to the epidemic: medical staff, infected patients, their relatives, many mourners, etc. Such irresponsible behaviour is like mockery to all of them. The protests would otherwise quickly become negligible if the dominant media, especially RTV Slovenia, did not support them. The public institution that should be inclusive and impartial is becoming more and more ideological and exclusive to a part of the population. It showed its bias when, contrary to its apparent propensity for "Friday protests," it was unable to observe the mass March for Life and deliberately ignored it. It, however, carefully creates a politically manipulative and false impression that "Friday protests" express an opinion of a large number of Slovenian citizens. This is again a morally unacceptable and manipulative attitude, this time towards human life: on the one hand, it supports those who disparagingly underestimate the danger to health and life, and on the other hand, ignores and conceals those who defend human life from conception onwards.

The unresponsiveness of public opinion in the face of incitement to violence and even the killing of political opponents is another cause for concern. This is even tolerated by those whose duty is to protect Slovenia as a state governed by the rule of law, where respect for human rights is the supreme law. By referring to the otherwise valuable freedom of expression of everyone and not only some that is essential for democracy, irresponsible calls for death and murder cannot be tolerated. Only a man can be killed and only a man can die. Anyone who uses these words to reject people of different political convictions is indirectly calling for the murder of the people they represent. Therefore, a clear political and criminal law signal should be given that in a freedom-loving and politically pluralistic country, irresponsible incitement to liquidate legitimate political directions is unacceptable. From here, it is only a step towards violence and political terrorism. In Slovenia, as a democratic, legal and social state, there is no real reason for violence and any reference to it should receive appropriate treatment from investigative and judicial bodies.

"Culture of death" as the diminishing of human life was named by St. John Paul II, is also a particular expression of the attitude of part of our politics towards the dignified burial of victims from the graves of interwar and post-war massacres committed by communist revolutionaries. On All Saints' Day, when we visit, this year only in spirit, the graves of our loved ones, we will give even more attention to this unresolved issue. The process of uncovering and organizing the graves of the silenced victims of revolutionary violence is painfully slow. Particularly unacceptable are negligence, procrastination, silence, and open contempt for the murdered people, among them our compatriots, who were only guilty of being the political"opposition". Unfortunately, this attitude is predominant in a large part of the Slovenian political elite and the media, which are controlled by the elite. A good example of contempt for the innocent Roma victims is given by the mayor of the Slovenian capital, who does not allow them to be buried with dignity in the cemetery of the capital, and offers only unconvincing excuses for his decision. Simultaneously, the same political and ideological nomenclature regularly promises to protect human rights and to fight for the little man.

In the upcoming days, we will specially remember our deceased, as we will not be able to attend group religious ceremonies for them. Nevertheless, we will remember them in our prayers. At the same time, we will honour their memory by overcoming the "culture of death" even more resolutely, advocating mutual respect and cooperation, a consistent rule of law and respect for human life even before birth and at the end of it, and last but not least unity, solidarity, self-discipline and mutual support in the fight against the epidemic.

President of the Justice and Peace Commission at SBC