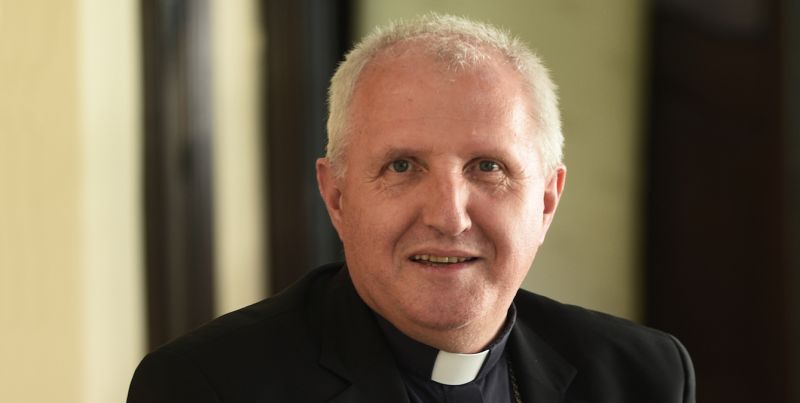 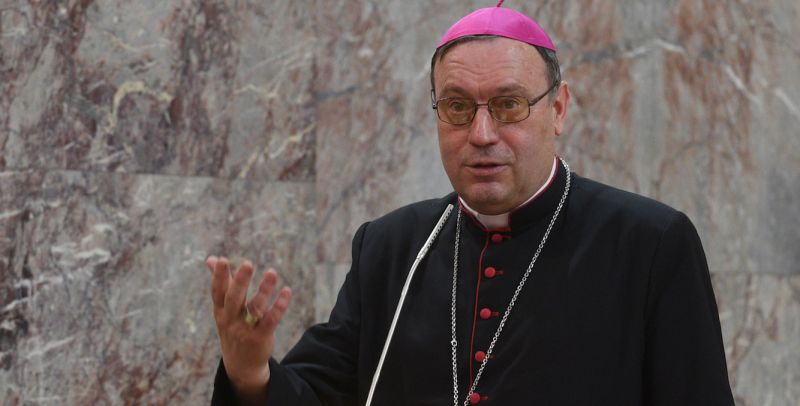 Members of the Slovenian Bishops’ Conference are:

Office of the Secretary General of the SBC

Past and present Presidents of the Slovenian Bishops’ Conference:

History of the Slovenian Bishops' Conference at a glance

The Slovenian Bishops prepared a proposal for the Statute of an independent Slovenian Bishops' Conference at their meeting on July 25, 1992. Pope John Paul II (1978-2005) approved the Statute February 19, 1993, in agreement with the norms and prescriptions of the Canon Law, after obtaining a positive recommendation from the Congregation for Bishops and the Section for Relations with States of the Secretariat of State of the Holy See. The Congregation for Bishops issued a decree formally establishing the SBC on February 20, 1993. The Church in Slovenia was thus given a more solid legal foundation and greater independence. Pope Benedict XVI reorganized the Church in Slovenia on April 7, 2006, by forming three new dioceses, with seats in Celje, Murska Sobota and Novo mesto, and by elevating the Diocese of Maribor to a Metropolitan Archdiocese. The newly nominated bishops and archbishop were inaugurated in May and June 2006.

Justice and Peace Commission at the Slovenian Bishops' Conference
Presentation

On the 10thanniversary of the Commission's operation, the then President Msgr. Dr. Anton Stres wrote: "How right were the Slovenian bishops when they founded the Justice and Peace Commission a decade ago, although in the beginning, it was only a commission at the provincial conference of Slovenian bishops. Soon after its foundation, the democratic awareness in Slovenia was rapidly awakening and asserting. The Catholic Church, together with some other religious communities, was the only area exempt from the direct leadership of the ruling party and its members, refusing to yield to its monopoly, suffered greatly. By this very fact, the Catholic Church was at the forefront of democratic aspirations. The Justice and Peace Commission consciously adopted this Church mission and engaged in defending human rights and social justice. From the very beginning, the members of the Justice and Peace Commission were clearly aware that their task was not only the defence of the rights of the Church and its members, although it was not possible to avoid those loads. However, the rights of the Church and its members are only part of the common human rights and can be protected only in a democratic social environment. This environment has yet to be established. In fact, freedom, democracy, social justice, and mutual respect are never completed tasks, therefore, the mission of the Justice and Peace Commission is unlimited."

From 1986 to the present day, JPC has prepared and published 114 statements.