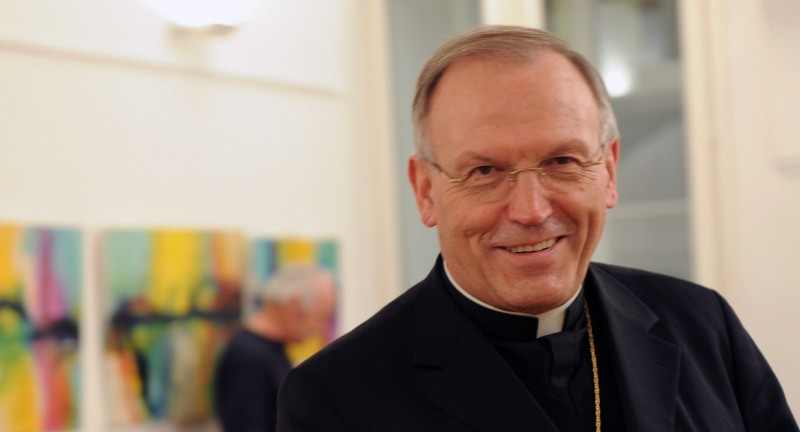 Jože Možina, the host of the Interview Show, invited the retired Archbishop Dr Anton Stres to his show on Sunday, December 27, 2020, at 9 pm. Anton Stres made an essential contribution to Slovenia's democratization and independence by participating in the Justice and Peace Commission and the Human Rights Protection Committee.

First, they talked about the unusual times and religious rites that are not possible due to the epidemic. It has happened for the first time in history on such a scale. The situation is causing many hardships, as religious freedom is a fundamental human right and part of our constitution. It is not a "hobby" as some less tolerant politicians wish to define it.

Dr Stres expressed his concern over the division of Slovenian politics. According to him, the left-wing political option is responsible for it because it cannot accept that it is no longer in power. It has support in the mainstream media. Astonishingly, it tries to undermine the government, even though this has terrible consequences for a successful fight against the epidemic.  Dr Stres is also critical of the media and public RTV, which has strongly favoured and supported anti-government protests in the media while ignoring, e.g. the March for life.

To those who say we are experiencing a dictatorship, the guest recalled the communist dictatorship, which systematically persecuted the Church for decades. The interlocutors then spoke about the time, the decades, when the Church in Slovenia was the backbone of the opposition and the core of democratic pro-Western thinking. It had its Theological Courses, its Justice and Peace Commission and the work of Archbishop Alojzij Šuštar. Thus, Catholics made a significant contribution to Slovenian independence and liberation, including the Slovenian plebiscite on December 23, 1990, which they attended massively. Exciting were the views of Dr Stres on contemporary philosophical and thought currents, especially on cultural Marxism and extreme left-wing anarchism. At the end of the interview, the guest spoke about personal topics, including past wrong actions and scandals that marked his episcopal service. Dr Stres emphasized that as a person, he is aware of his shortcomings and imperfections. Given the considerable conceptual confusion, that has gripped the world and Europe, he sees the only option and path in returning to the roots; there are resources for Slovenia and Europe's survival.