Letter of Bishop Andrej Glavan on World Day for Grandparents 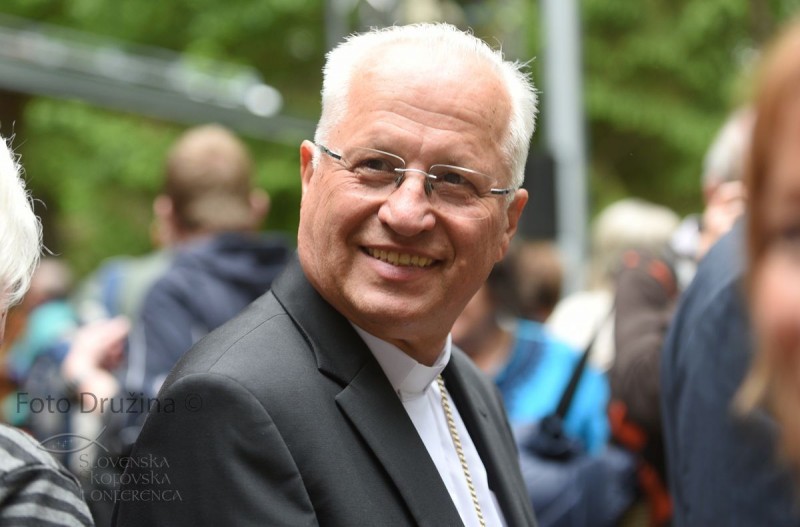 With this Jesus' promise to his disciples, Pope Francis begins a special letter for the universal Church, written mainly for all grandfathers and grandmothers for the First World Day for Grandparents and the Elderly. Henceforth, we will celebrate this day every year on the fourth Sunday in July, near the feast of St. Joachim and St. Anne.

Since the beginning of his pontificate, Pope Francis has often emphasized the importance, mission and irreplaceable role of grandparents in society and the family. He sees old age as a grace and a vocation. They are a rich treasure of wisdom and a memory of the past that secures the future. The quality of a society is reflected in its attitude towards the elderly. Years ago, during a general audience, on March 4, 2015, he said, "The elderly are abandoned, and not just in material stability, they are abandoned in an egoistic inability to accept their limits."

In his apostolic exhortation, Amoris Laetitia, he dedicated an entire chapter to the issue of the elderly. He writes from his own experience that grandparents are the ones who pass on important life values to their grandchildren. Many owe the beginnings of their Christian life to their grandparents. At St. Peter's Square on September 28, 2014, at a meeting with grandparents, he invited us: "We Christians, together with all people of goodwill, are called to patiently build a more diverse, more welcoming, more humane, more inclusive society that does not need to discard those who are weak in body and mind. On the contrary, we need a society, which measures its success on how the weak are cared for. As Christians and as citizens, we are called to envision, with imagination and wisdom, ways of facing this challenge. A people who does not take care of grandparents, who does not treat them well, has no future! Why does it have no future? Because such a people loses its memory and is torn from its roots. But beware: it is your responsibility to keep these roots alive in yourselves with prayer, by reading the Gospel and with works of mercy. In this way, we will remain as living trees that even in old age will not stop bearing fruit."

The elderly have constantly been present in the thoughts and prayers of Pope Francis. It was probably the experience during the pandemic when many died isolated, abandoned and lonely that prompted him to establish the World Day for Grandparents and Elderly. Last year, shortly after the beginning of the worst epidemic, he shockingly invited us to pray, "Let us pray today for the elderly, especially those who are isolated or in nursing homes. They are afraid, afraid of dying alone. They are experiencing this pandemic. They see this pandemic as aggressive to them. They are our roots, our story, our history. They have given us the faith, our traditions, our sense of homeland."

Pope Francis does not stop emphasizing that the elderly are the ones whose prayers we need. Age is given to us just for this task. He cites the example of Pope Benedict XVI, his predecessor, whom he calls a saintly elder who prays and works for the Church. He quotes some of the words he uttered almost at the end of his pontificate, »The prayer of the elderly can protect the world and helps it more efficiently than the effort of many". The prayer of the elderly is a precious resource. According to Francis, they are "lungs that the Church and the world cannot give up" (The Joy of the Gospel 222). This is especially true of a challenging time for humanity as we all cross the stormy sea of a pandemic in the same boat. Everyone should be sure that their prayer shows a peaceful hope of landing.

However, it is not just prayer that is precious, the Pope says in his letter, "I am with you always", that there is no retirement age for preaching the Gospel. To convince even those who think that their strength has run out, he tells his experience: "For at every hour of the day (cf. Mt 20:1-16) and in every season of life, he continues to send labourers into his vineyard. I was called to become the Bishop of Rome when I had reached, so to speak, retirement age and thought I would not be doing anything new. The Lord is always – always – close to us. He is close to us with new possibilities, new ideas, new consolations, but always close to us … «

The Pope concludes that each of us should learn to repeat the words of consolation, especially to the youngest: "'I am with you always!’ Keep moving forward! May the Lord grant you his blessing."