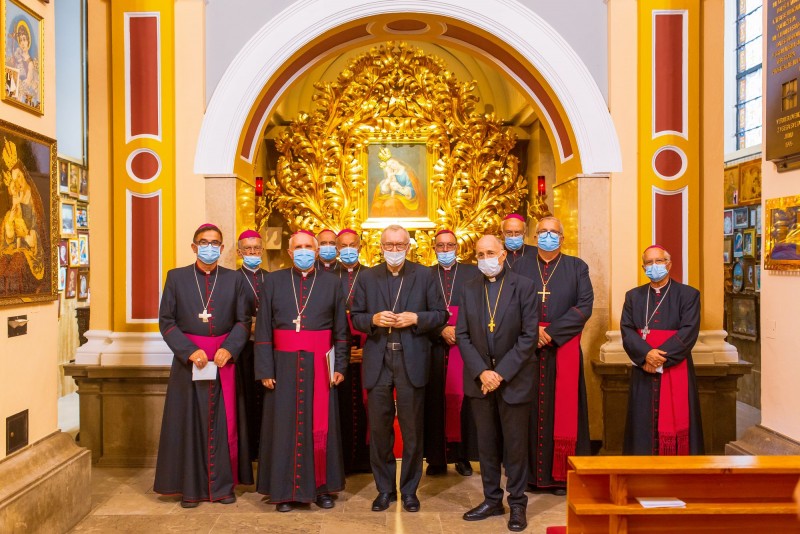 On Tuesday, August 31 2021, in the National Shrine of Mary Help of Christians in Brezje, the Secretary of State of the Holy See, His Eminence Cardinal Pietro Parolin offered Holy Mass for Europe.

The Holy Mass was concelebrated by Slovenian bishops and priests and attended by the Prime Minister Mr Janez Janša, the President of the National Council Mr Alojz Kovšca, ministers and representatives of social, political, cultural and economic life. The Secretary-General of Caritas Internationalis and the ambassadors to the Republic of Slovenia were also present. At the Holy Mass, the 25th anniversary of the Pope John Paul II visit to Slovenia and the 30th anniversary of Slovenia were commemorated.

In the first part of his homily, Cardinal Pietro Parolin greeted those present on behalf of Pope Francis and at the same time expressed his joy at offering the Holy Mass on the 30th anniversary of the independent state of Slovenia. He spoke of love for the homeland, which is equal to love for the mother.

As part of his visit to Brezje, Cardinal Parolin met with Slovenian bishops and prayed for Europe and its people with them in front of the image of Mary Help of Christians.

On behalf of the Slovenian Bishops' Conference, Archbishop Alojzij Cvikl presented the gift to Cardinal Parolin. After the Holy Mass, Cardinal Parolin, accompanied by the Archbishop of Ljubljana Stanislav Zore and the Rector of the Brezje Basilica, Fr Dr Robert Bahčič visited the Brezje Crib Museum. At the end of the visit, he expressed great satisfaction, enthusiasm and gratitude for visiting the Slovenian National Shrine of Mary in Brezje.

Cardinal Parolin visited Slovenia as part of the 16th Bled Strategic Forum, which is being held under the motto The Future of Europe. 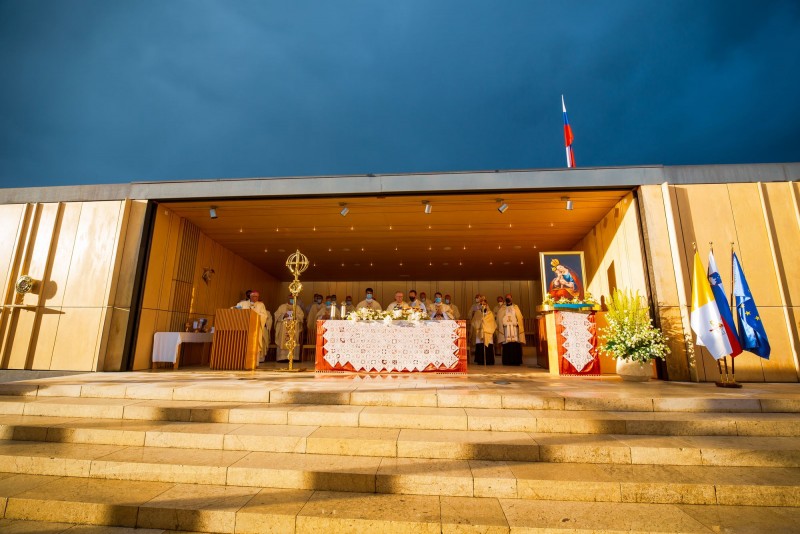 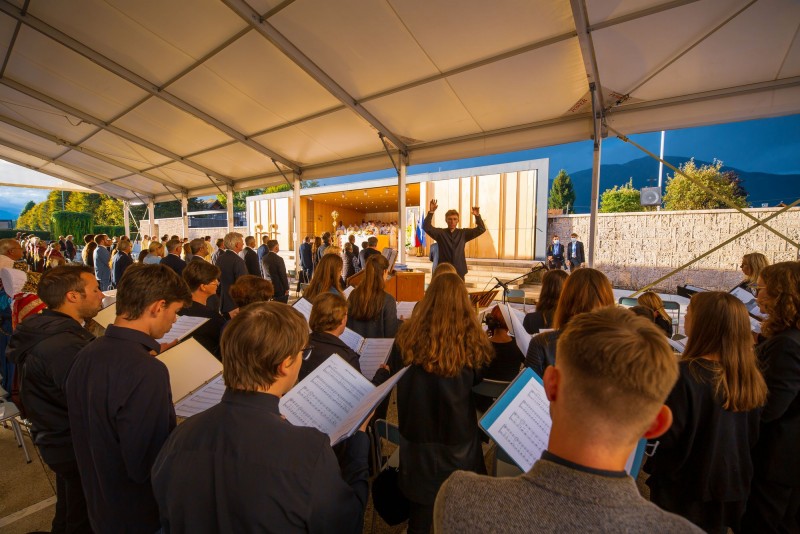 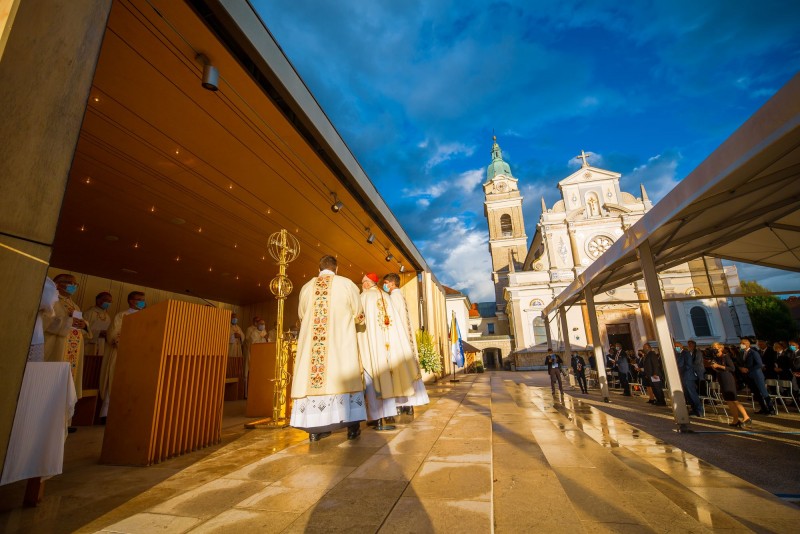 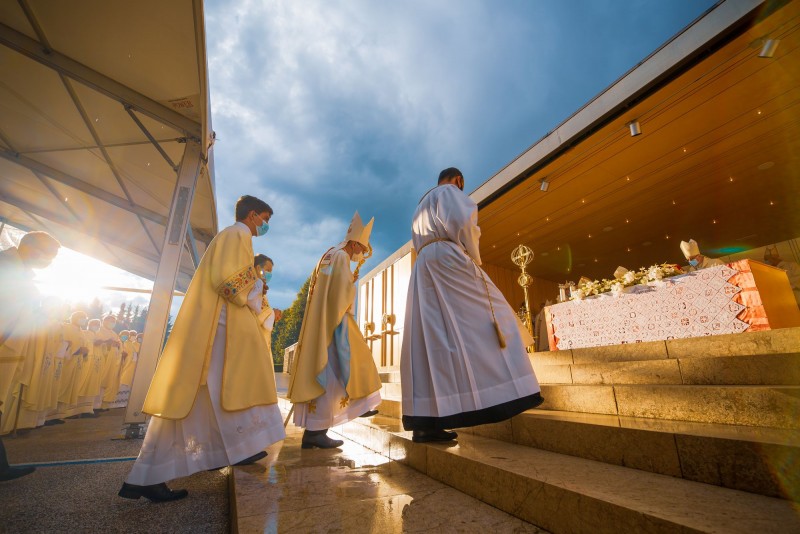 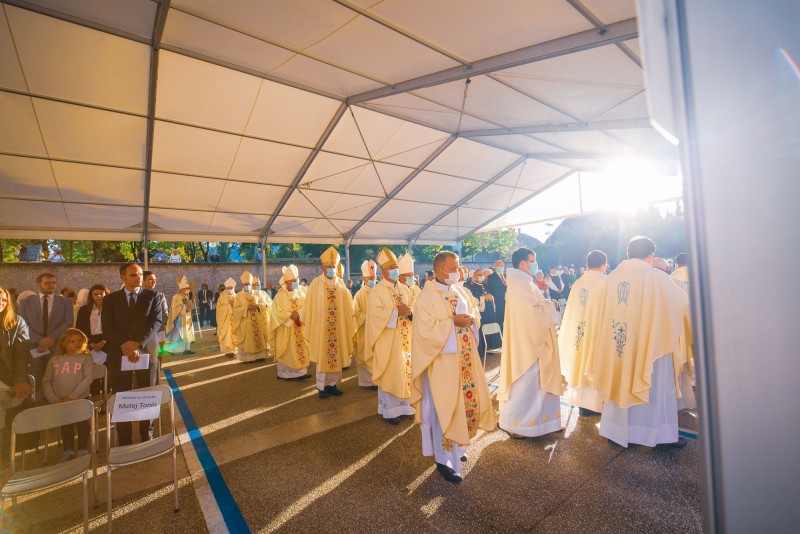 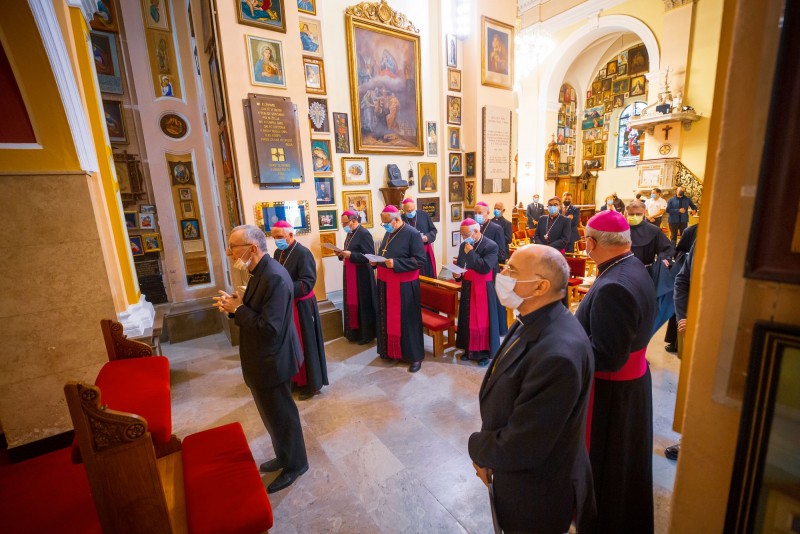 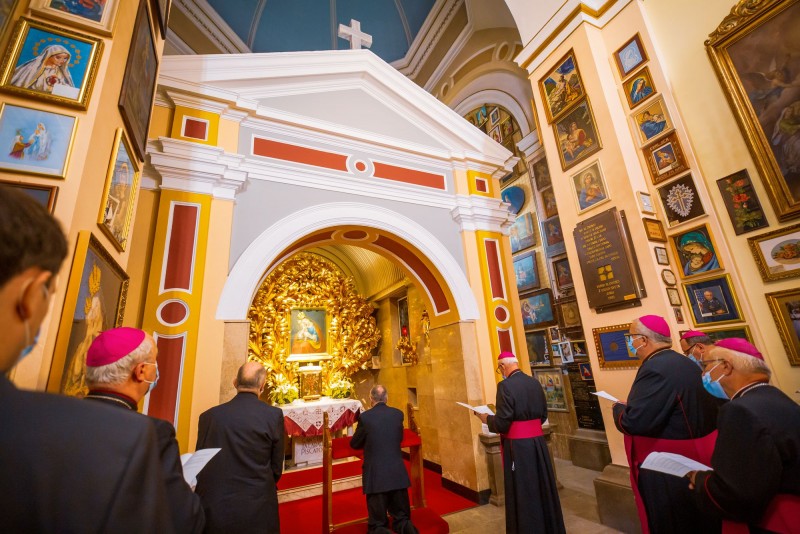 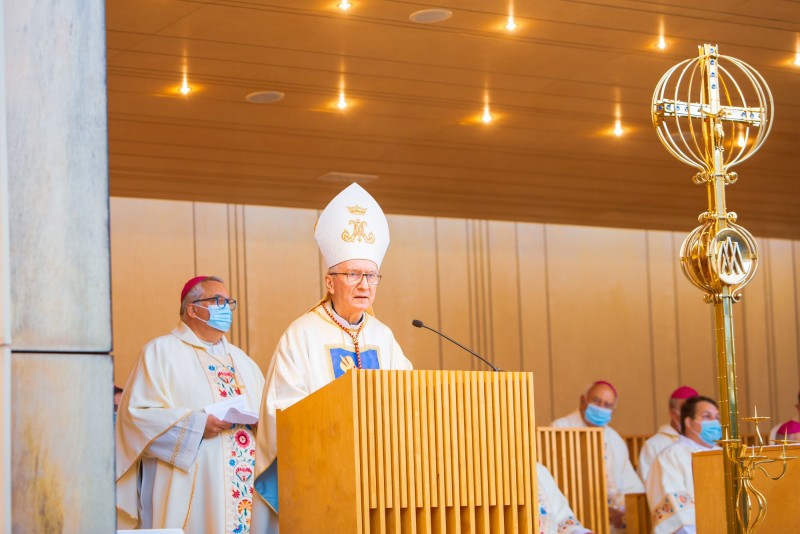 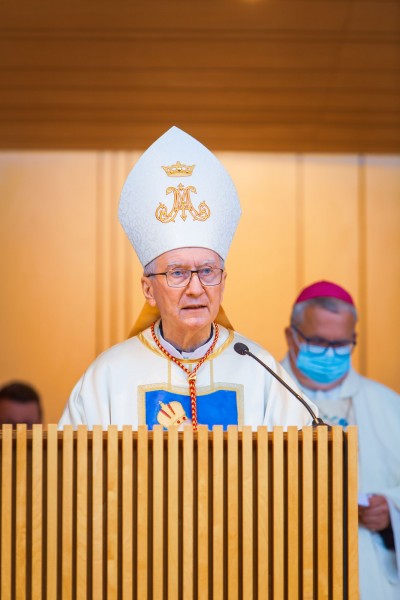 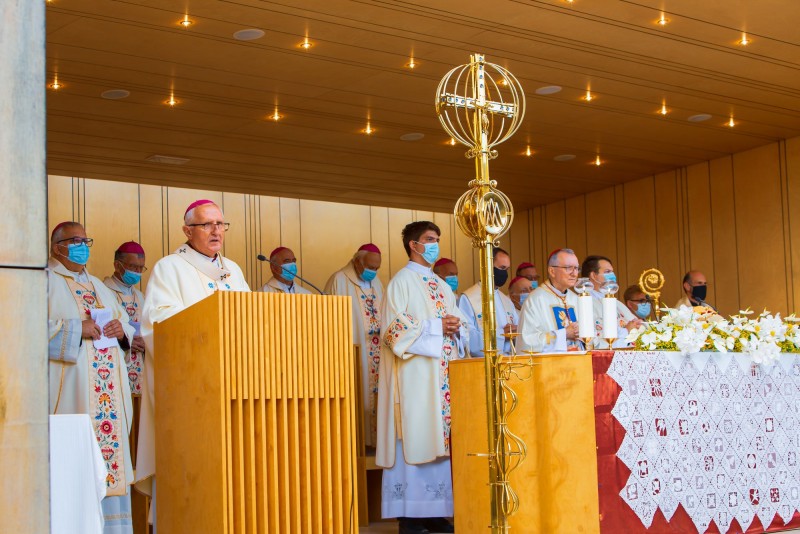 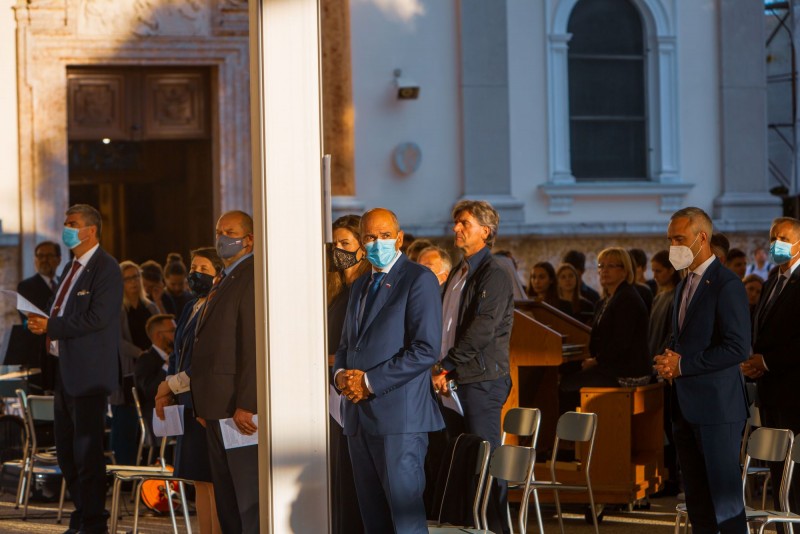 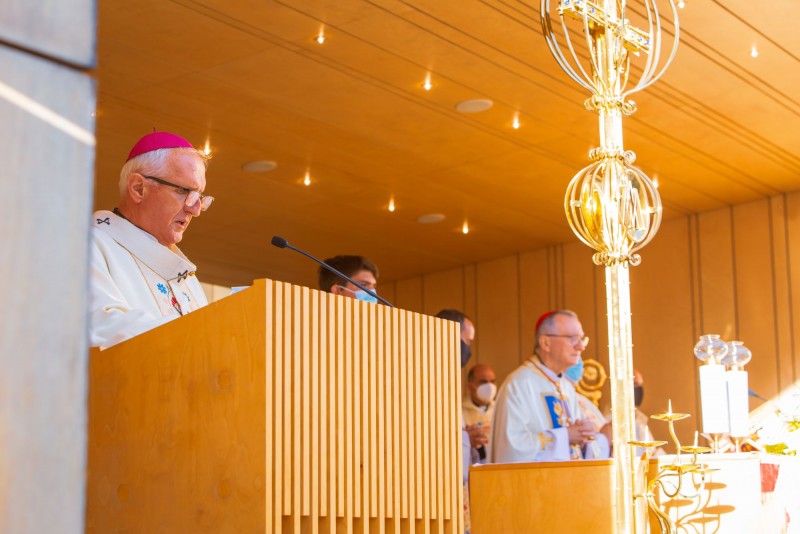 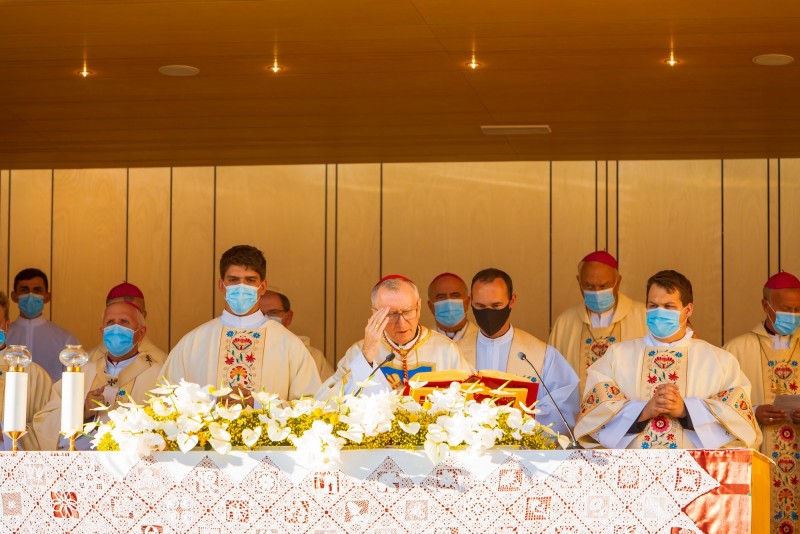 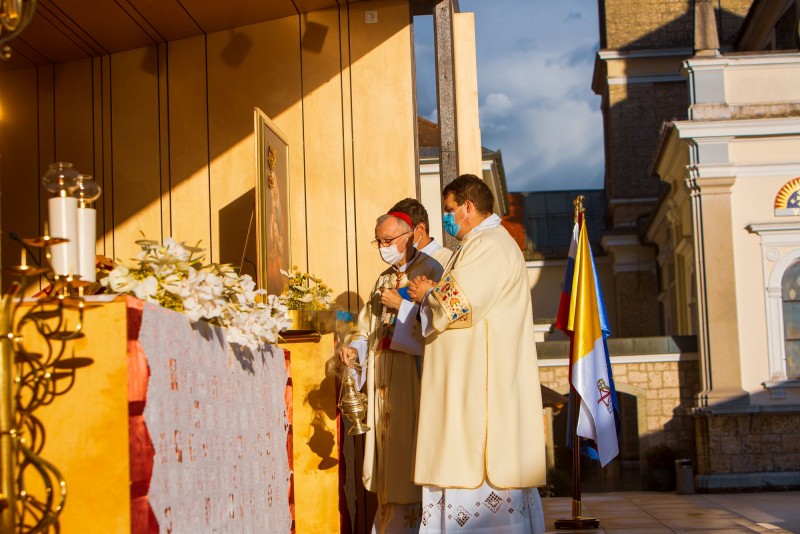 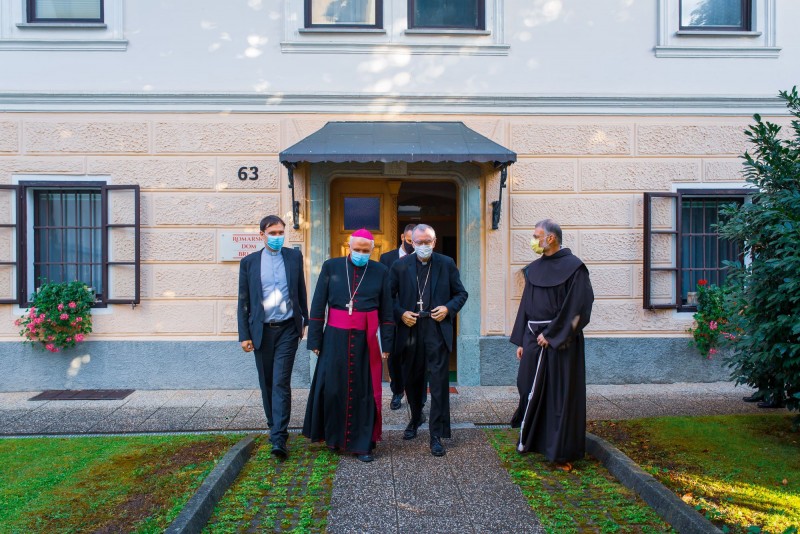 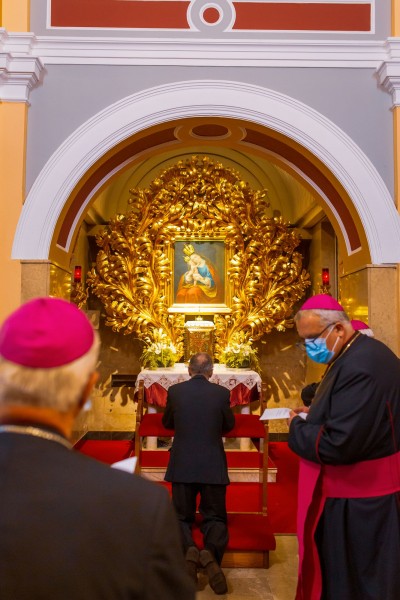 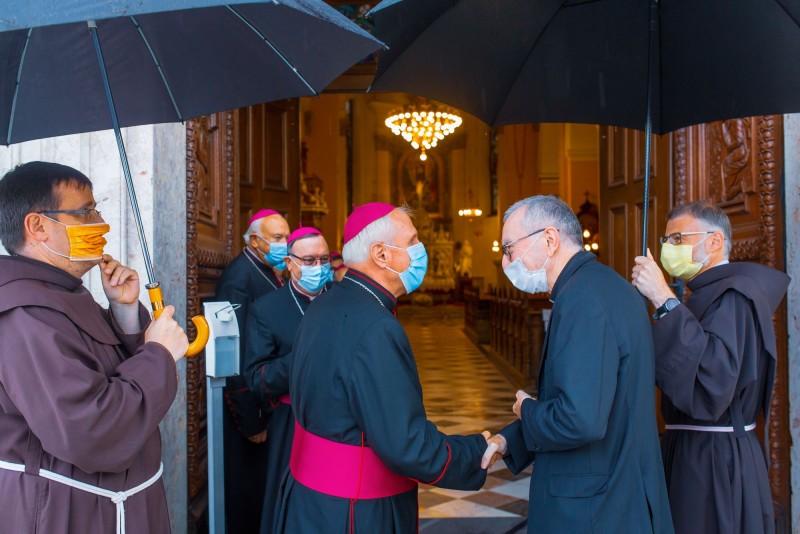 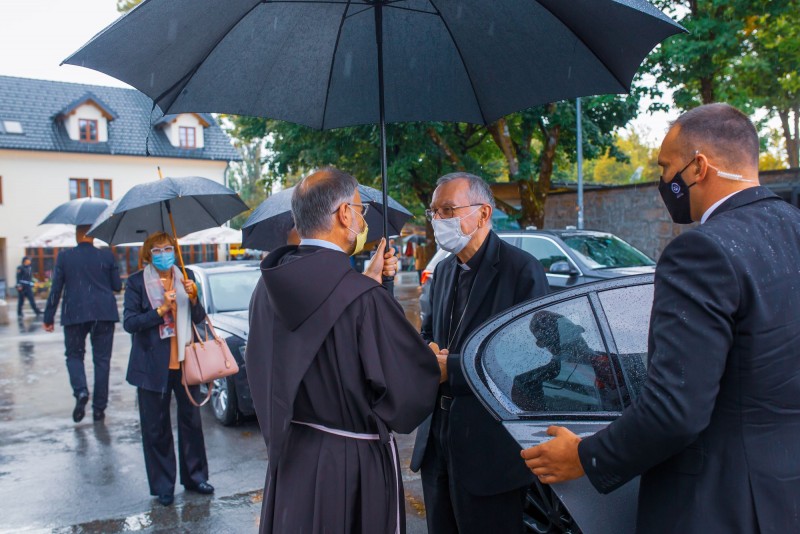